On February 21, Levon “The Maynman” Maynard looks to keep his win streak going as he faces a very tough Kyle Baker who is 6-3-0.
Maynard is known for being one of the nicest and polite guys in the sport… sometimes to a fault. His losses in the cage, while controversial, don’t come from him getting beat, some would say, they come from him being to nice. We asked him how he was getting his his mind ready for this fight and he simply answered, “No more Mr. Nice Guy”.
Maynard is coming off some very impressive victories over veteran opponents such as Elited XC’s John Doyle, IFL’s, Travis Cox and Toby Johnson out of Corlos Condits camp in Albuquerque, NM, Maynard is poised for the bigger shows and pay days such as the UWC. This will be Maynard’s second appearance in the UWC and he is excited to be a part of the biggest show in the Nations Capital’s history. If his facebook status is a reflection of how he plans on dealing with this fight then there are not a lot of people that can stand in front of him and this will be a great match to watch… it simply states, “LeVon Maynard has decided the he will take care of anyone in his way”.
Tickets are going fast and this is a terrific card. If you have never seen a live MMA show with the level of talent only seen in larger promotions such as UFC or WEC then you should make it out to this show!
CLICK HERE FOR MORE INFO OR TO PURCHASE TICKETS 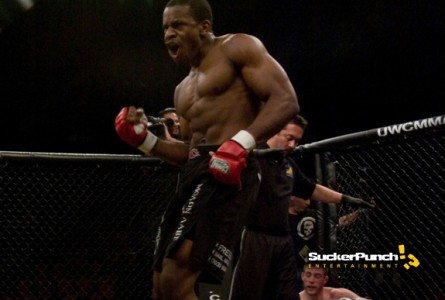 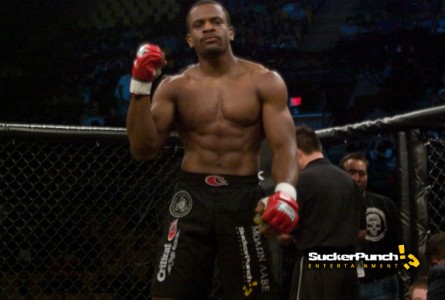 We would like to recognize Jesus Didn’t Tap and Gamma-O, Knockout Brand Clothing, Critical, Freedom Bail Bondingand BFN for taking the chance and supporting the rising stars in the SuckerPunch stable. Through supporting tomorrow’s stars sponsors like them truly help evolve this sport.