PULVER GETS AT IT, NOVEMBER 5TH

Arguably one of the most respected and endeared fighters in the sport today, Jens Pulver will once again enter the Octagon to go to war. After winning the respect of everyone who wasn’t a fan, in his epic 5 round battle with WEC feather weight champion Urijah Faber, Pulver now looks get that title shot again by beating “The Bad Boy”, Leonard Garcia. 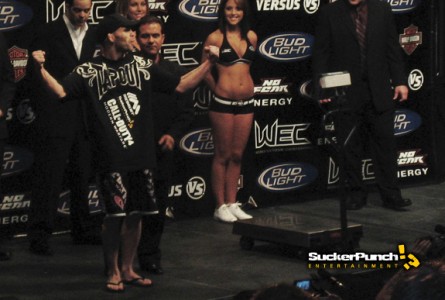