August 10th marked a huge day for Jeff Curran as he officially opened his new multi million dollar training facility. An estimated 700+ people attended the opening ceremony that featured food, drinks, music, a moon bounce, a dunk tank for Parick Curran, Jeff’s cousin, to get soaked in, and a grappling demo between Jeff, Nate Morh (UFC) and Amir Sadollah (UFC). 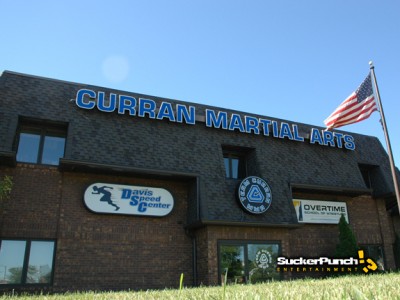 Jeff had been telling us for months that this gym was special. His last gym was already called one of the nicest in the country, so we knew Jeff meant it when he said his old gym wouldn’t hold a candle to this one. What we didn’t know was the extent to which he meant it… Pictures and descriptions would never do it this gym justice, it is absolutely unreal! The attention to detail and the use of space shows what a labor of love this was for Curran. 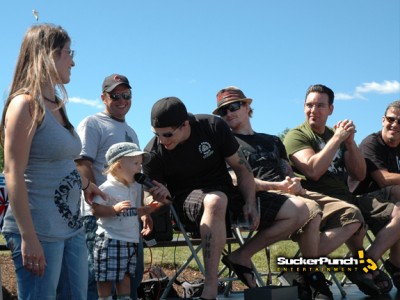 With a horse voice from cornering his team the night before at the XFO, Jeff gave a compelling speech to the large crowd who waited 2 hours to hear Jeff’s story of how he got to this point in his career. While Jeff was a bit nervous in front of the crowd, his son Tye didn’t mind hamming it up before the ribbon cutting. 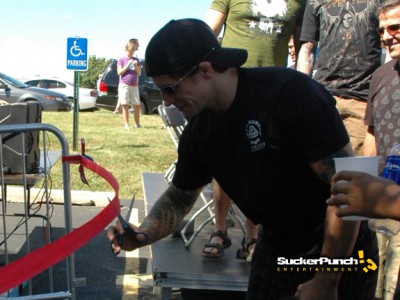 It’s a shame that the new episode of TapOut (featuring Jeff’s cousin and fellow SuckerPunch client Patrick Curran) was filmed in Curran’s old gym, missing the opening of this one by only a few months. Amir Sadollah was also on hand to support Curran and said, “this gym can easily be marketed as the nicest gym in the country”. 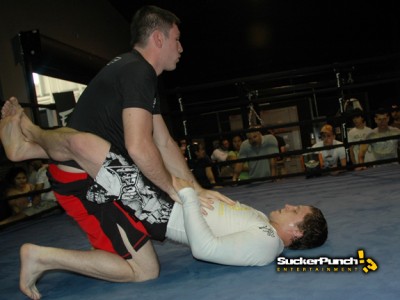 The bar for MMA training centers for the next generation has definitely been set by Curran. We look forward to seeing a new breed of fighters evolving in his gym.

Leave a Reply to THE KID Cancel reply