Although not happy with his performance Saturday night, Jason David Frank (former Green Power Ranger) came away with a win against Jonathon Mack in his much anticipated MMA debut. “I got caught up in his trash talk and played into his game” said JDF, “I’m usually very aggressive but I dropped my hands a bit when I got sucked into his game and he caught me with a good shot to the chin”. Frank went on to say, “I felt my legs get wobbly and I kept thinking to myself, I can’t go down, I can’t go down”. A hesitant Mack went in for the kill just as JDF was able to get his faculties together and the fight went to the ground. “I know I’m known for my striking but I was very comfortable when I got to the ground, I went for an armbar but ended up getting the omoplata”, said JDF, “I’ll do much better next time I promise”. 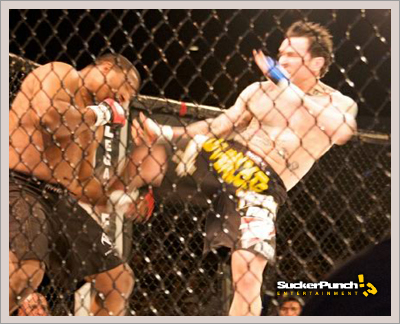 When asked what he will do differently next time he fights JDF added, “I will stick to the game plan, also my manager and coaches are on my case now about me signing autographs nearly all the way up to my fight on Saturday. They are not letting me do that again until the fight is over… I just never want to disappoint any of my fans, they mean the world to me and have been by my side for years.” 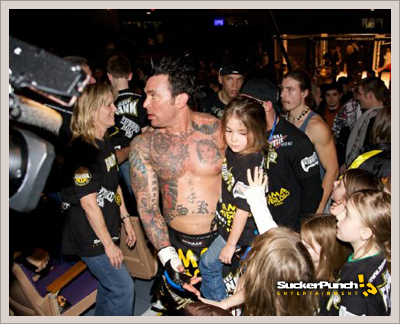 Regardless if you are a fan or a hater you have to give credit where credit is due. This man put himself way out on the line by promoting this fight on a national level, and stepping into a cage with a bigger opponent in a sport where anything can happen. The pressures of knowing you have life long fans who view you as a childhood hero, to having the ultimate haters wanting to see “the Power Ranger” get his rear handed to him, Mr. Frank stepped up and got the job done.
Jason returns to the cage February 19th. Stay tuned for more details and be sure to become a fan of the JDF Facebook Fan Page and SuckerPunch Fan Page