This month we are putting the spotlight on an relatively unknown fighter. His name is Francois Ambang. Little was known about him when he showed up on the doorstep of Combat Sports Center in Richmond, VA (Amir Sadollah’s home school). He came with a translator because he spoke no english. The translator said Francois was from Cameroon, he was a kick boxer, spoke french and wanted to be on the fight team. Kru Brian Crenshaw asked him to gear up and move around with some of the current team members to see what level he was at. It wasn’t more than 30 seconds into it before Kru Crenshaw knew something special just walked in the door. This kid was absolutely explosive! watching his speed, power and technique was was like watching a thorough bred horse burst out of the gates. 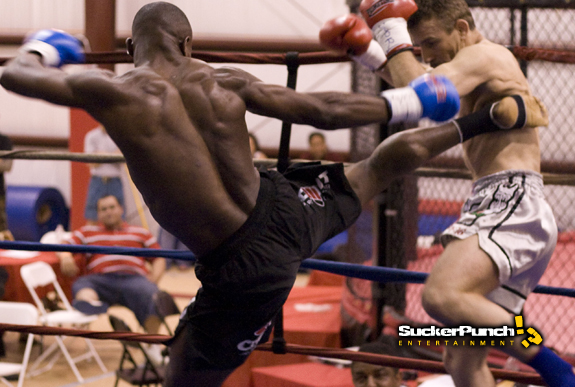 Because of the language barrier, Francois came across as quiet and serious. Back that up with a very intimidating appearance and an inability to actually understand the words, “light sparring today”, and you can guess not many people liked him at first. Francois also new nothing about any of the fighters on the team, therefore he was never intimidated by any of them. In fact when Amir Sadollah was asked who his toughest sparring partner was, in an interview with 411mania.com, he simply answered, “Francois”… and this was after the taping of TUF7! 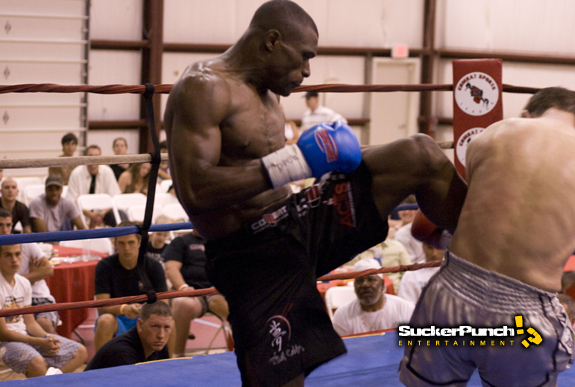 Francois has been with Team Combat now for almost 1 year, and in that period of time he has learned english and has earned the respect and friendship of all his teammates. To hear him laughing and joking around now you can tell that he is a good natured guy. 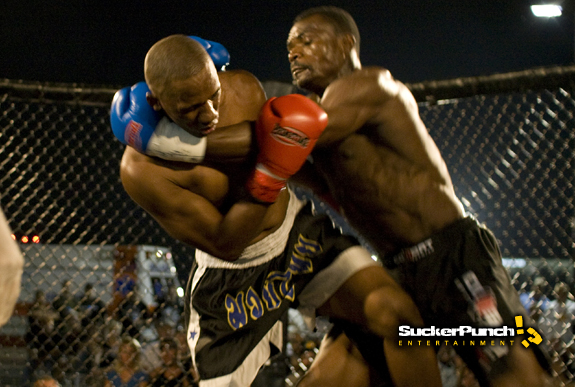 The million dollar question is, should SuckerPunch send Francois to the TUF 9 tryouts? He has little experience in MMA but his athleticism gives anyone fits on the ground and his striking is world class. It may be too soon, but he is exciting to watch… and you never know. Carpe diem?
PAST FEATURED FIGHTERS:
NATE MOHR